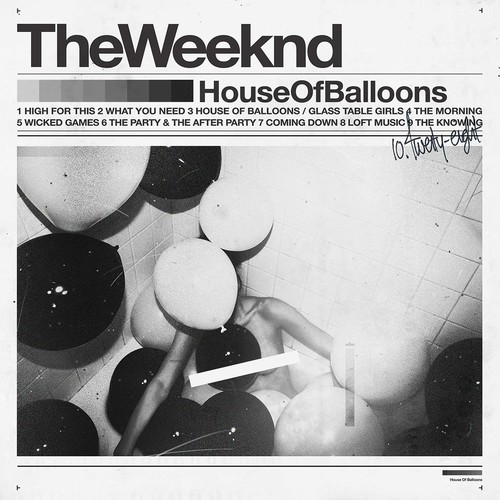 The Weeknd releases part one of the critically-acclaimed Trilogy with the debut of House of Balloons releasing on 8/14/2015. The CD will be a standard jewelcase. Alternative R&B revolutionary The Weeknd remains one of the most enigmatic artists of the 21st century. The Grammy Award-nominated, platinum-selling trendsetter first rose to prominence with his three independent online releases in 2011 House of Balloons, Thursday, and Echoes of Silence. Upon release, media tastemakers ranging from Complex, Pitchfork, Rolling Stone, and Spin to MTV, BET, XXL, and The Source immediately became supporters. Under a creative alliance between the artist s visionary collective XO and Republic Records, 2012 s Trilogy reached platinum status in the US & Canada and debuted at #4 on the Billboard Top 200. Only a year later, Kiss Land would go on to reach #2 on the Top 200, #1 on iTunes and be named #5 on Entertainment Weekly s BestAlbums of 2013 list. In 2015, he ll unveil his next musical statement and the revolution will continue...