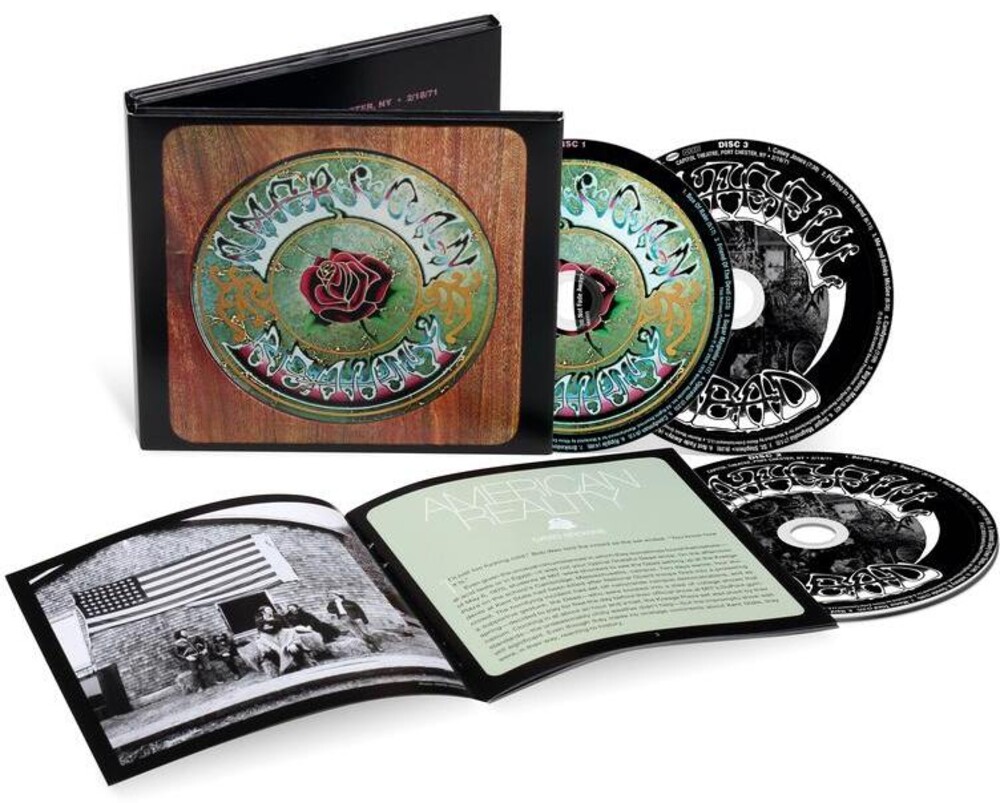 Deluxe three CD edition. Includes the original album with newly remastered audio, plus an unreleased concert recorded on February 18, 1971 at the Capitol Theatre in Port Chester, NY. The show was mixed from the 16-track analog master tapes by Jeffrey Norman at Bob Weir's Marin County TRI Studios and mastered by Grammy Award-winning engineer, David Glasser. The crown jewel of the Dead's studio output! The album's original 10 tracks include many of the Dead's best-known, most-loved, and most popular songs both on record and in concert for the next 25 years. An album that includes Box Of Rain, Friend Of The Devil, Sugar Magnolia, Candyman, Ripple, Brokedown Palace, Attics Of My Life, and Truckin' looks more like a greatest-hits compilation than a second album of 1970, and yet American Beauty demonstrates a band unable to slow down in terms of the quality of it's writing, recording, and performing.