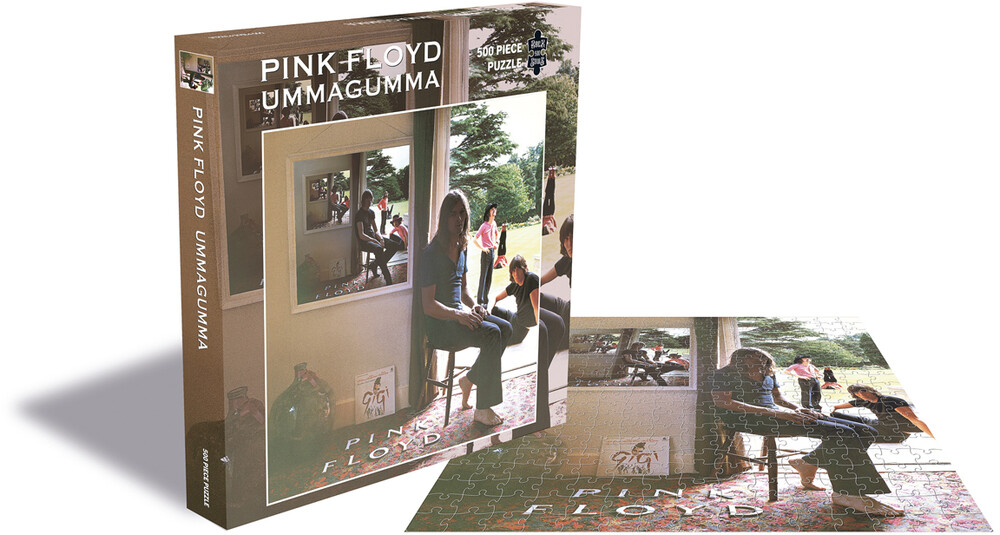 "Ummagumma" is the fourth studio album by English rock band Pink Floyd. It is a double album and was released on 7 November 1969 by Harvest Records. The first disc consists of live recordings from concerts at Mothers Club in Birmingham and the College of Commerce in Manchester that contained part of their normal set list of the time, while the second contains solo compositions by each member of the band recorded at Abbey Road Studios. The artwork was designed by regular Floyd collaborators Hipgnosis and features a number of pictures of the band combined to give a Droste effect. There is a picture hanging on the wall showing the same scene, except that the band members have switched positions. The artist, Storm Thorgerson explained that the album was introduced as a red herring to provoke debate, and the house used as the location for the front cover of the album is located in Great Shelford, near Cambridge.