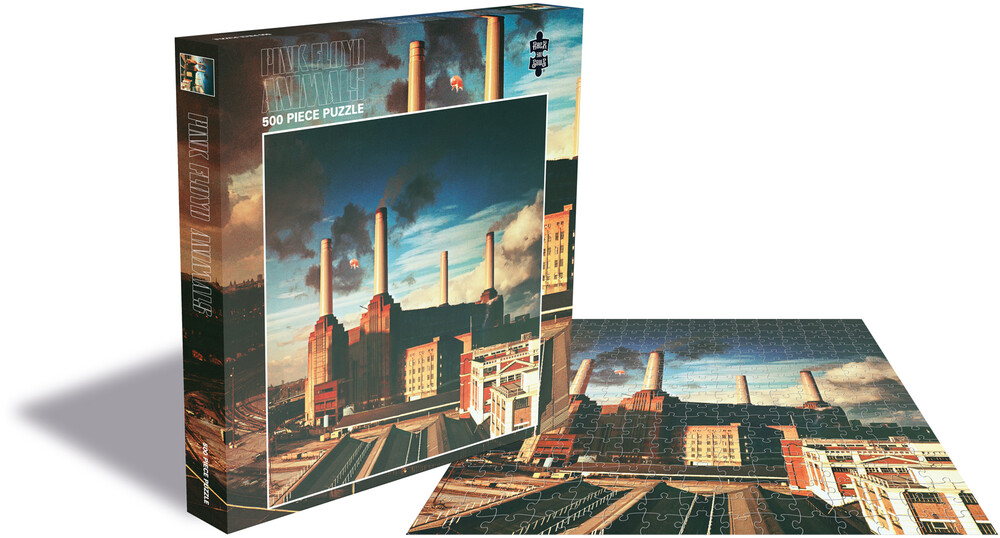 "Animals" is the tenth studio album by English rock band Pink Floyd, released on 23 January 1977 through Harvest and Columbia Records. It's both a progressive rock/concept album, focusing on the social-political conditions of mid-1970s Britain, and was a change from the style of their earlier work. Loosely based on George Orwell's political fable Animal Farm, the album's lyrics describe various classes in society as different kinds of animals: the predatory dogs, the despotic ruthless pigs, and the "mindless and unquestioning herd" of sheep. The cover concept was, unusually, designed by Waters. At the time he lived near Clapham Common, and regu-larly drove past Battersea Power Station, which was by then approaching the end of it's useful life. A view of the building was chosen for the cover image, and the band commissioned German company Ballon Fabrik (who had previously constructed Zeppelin airships) and Australian artist Jeffrey Shaw to build a 12-metre (40 ft) porcine balloon (known as Algie). The balloon was inflated with helium and maneuvered into position on 2 December 1976, with a marksman ready to fire if it escaped. It did escape and managed to fly over Heathrow Airport, resulting in panic and cancelled flights. It was eventually recovered and the cover was completed. 500 pieces, Weight: 490g, Jigsaw size: 39cm x 39cm, Box size: 30. 9cm x 30. 9cm x 2. 8cm