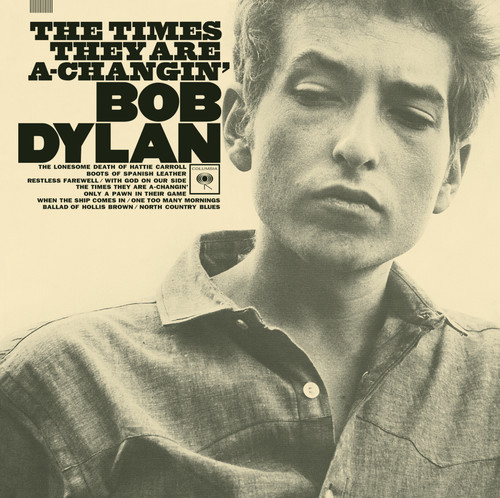 This is the re-mastered edition of his 1964 album THE TIMES THEY A-CHANGIN' which includes the classic hits "Ballad of Hollis Brown," "One Too Many Mornings," "Boots of Spanish Leater," and many more.

''The Times They Are a-Changin is singer-songwriter Bob Dylan's third studio album, released in January 1964 by Columbia Records.

Produced by Tom Wilson, it is the singer-songwriter's first collection to feature only original compositions. The album consists mostly of stark, sparsely-arranged story songs concerning issues such as racism, poverty, and social change. The title track is one of Dylan's most famous; many felt that it captured the spirit of social and political upheaval that characterized the 1960s.

Some critics and fans were not quite as taken with the album as a whole, relative to his previous work, for its lack of humor or musical diversity. Still, ''The Times They Are a-Changin entered the United States chart at twenty, eventually going gold, and belatedly reaching four in the United Kingdom in 1965. - Wikipedia