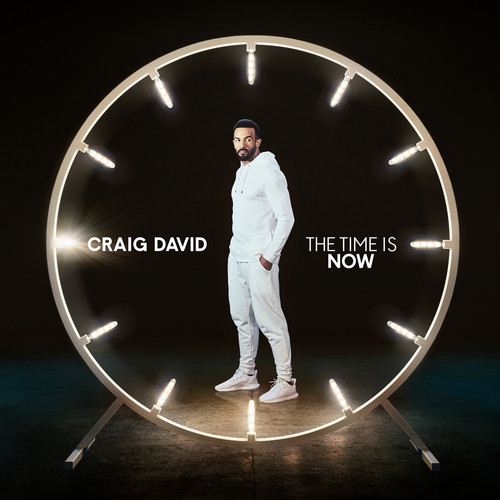 2018 release. The Time Is Now is the seventh studio album by British singer Craig David. Guests on the album include JP Cooper, Bastille, AJ Tracey, Ella Mai, Kaytranada and GoldLink. Includes the first single "Heartline". The Time Is Now is Craig's follow-up to 2016's Following My Intuition. "This is authentic me, doing what I love, just like I did when I was an unknown artist," he explains. "That kid from Southampton making mix-tapes in his bedroom and taking risks." David has been nominated for thirteen Brit Awards: four times for Best British Male, and twice received a Grammy Award nomination for Best Male Pop Vocal Performance.